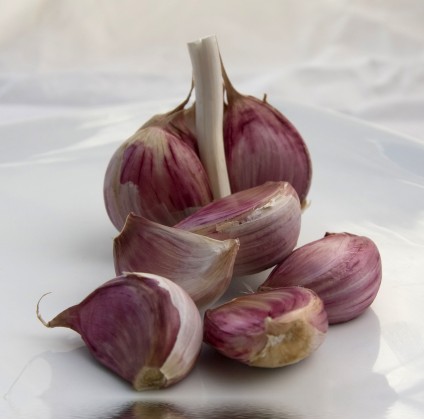 You always eat well in France, surely? Well, actually, no. We have had some mediocre meals in restaurants with pretensions to haute cuisine. Equally, some of the best meals we have eaten in France have been at establishments that are less than prepossessing at first glance.

France rightly has a reputation for its cuisine. Sometimes, however, it rests on its laurels. But there’s no reason why you should put up with that. Here are my 10 top tips for enjoying a meal out.

You visit a picturesque town – possibly l’un des plus beaux villages de France – only to have your day spoiled by an indifferent meal. I’m not saying that all restaurants in such places are bad. Far from it; but you are more likely to feel ripped off and encounter poor service in a place where they rely mainly on passing trade. Go to the next village, which is likely to have a restaurant, and eat there instead.

A sure sign that you have hit on a good place is the number of lorries parked outside. The routiers know where the best value for money is. A local restaurant (now sadly closed) used to offer soup, copious hors d’oeuvres, excellent main course, large tray of cheeses, dessert and a litre of wine between two for 100FF (about £10 at the time) at lunchtime. The car park was the size of a football pitch, but you still had trouble finding a space.

The best places to eat in a big town are often the restaurants in the covered market, as in Toulouse or Limoges, which are favoured by the locals. They are cheap and cheerful, you sit on benches at long tables and you cut off a slice of bread as it is passed up and down. You invariably eat well.

I loathe eating in restaurants where there are no other customers. This doesn’t bother my husband, but I feel awkward, conspicuous and unable to relax and enjoy my meal. If the restaurant is empty, you need to ask why. Maybe it’s raining and people have stayed at home, maybe there’s a World Cup match on. Or maybe it isn’t very good. In my experience, there’s a direct correlation between emptiness and mediocrity.

All restaurants have off days. The staff are ill, the patron and patronne have had a blazing row, a supplier has let them down and so on. However, the more upmarket the restaurant, the less acceptable this becomes. Also, I resent paying for frills and furbelows, fancy amuse-bouches and extra desserts if the rest of the meal is disappointing. Twice, we ate very well at a Michelin-starred restaurant. The third time we took some friends, to whom we had waxed lyrical about it, and the meal was almost laughably bad. Why didn’t we complain? Why did we put up with it? Next time, we won’t.

You eat best where the choice is restricted. The chef isn’t stretching him or herself too thinly. Also, the longer the menu, the more likely you are to eat something microwaved from the freezer rather than prepared with fresh ingredients. Restaurants that offer scallops in August, for example, are probably not providing fresh produce.

Similarly, many restaurants offer a dish of the day, which changes daily according to what is available. This is normally worth choosing. It is freshly cooked, is often a local speciality made with ingredients sourced locally and the chef knows how to do it. Bear in mind, though, that on a Friday the plat du jour will invariably be fish. In regions far from the sea, this might not be a good bet. And if you don’t like fish…

Many restaurants serve soup in addition to a starter. The soup is often very good and, since they normally leave the tureen on the table for you to help yourself, it’s tempting to have several bowlfuls and a lot of bread. This is a mistake and you’ll be flagging before the end of the main course.

8.     Choose cheese instead of a dessert

French restaurants don’t generally have a wide range of desserts. Ile flottante, mousse au chocolat, crème caramel or ice cream are standard but not very interesting once you’ve had them several times. We don’t particularly care for sweet things and if there is a choice between cheese and dessert, we normally choose the former. You often get a good selection, including local cheeses. Even if cheese is not officially on the menu, some restaurants are prepared to serve it instead of dessert. You just have to ask.

Any restaurant worth its salt will make sure that, if it serves local wine, it chooses a good one. Every wine area in France produces good, bad and indifferent wines. The good ones are not necessarily pricey. Just make sure, if you order the house wine, that it is a local one and not some vinegary vin de table that has been well chilled to mask its unpleasantness. One of our local restaurants, L’auberge de la grange du cros, serves a very good Fronton as its house wine; ¼ litre of wine per person is included in the 22€ menu.

It’s fun to find a wine that you like at a restaurant and then go to buy some at the château or domaine where it is produced .

10. What to do if you’re a vegetarian

Panic. No, only joking. However, it’s not easy being vegetarian in France. Many restaurants offer a choice but rarely include a vegetarian option. You’re better off in big cities where there are a few specialist vegetarian or ethnic restaurants, than in rural areas. If you can, it’s a good idea to phone and ask the restaurant to provide a special dish. A friend who eats neither meat nor fish does this. It doesn’t always work. Once she was served a ham omelette. On another occasion, she was simply offered a plate of plain rice at a restaurant that should have been able to do better.

Copyright © 2010 A writer’s lot in France, all rights reserved