One of the harbingers of spring has arrived. The cuckoo has already been heard – if not seen – in this corner of southwest France. This year it has arrived early.

Knowing the Statistics Freak’s penchant for recording anything and everything, a friend phoned yesterday (Friday 18th March) especially to tell us that he had heard a cuckoo in the distance. These friends live about 15km south of us, so it’s very likely that the cuckoo arrives there first.

Our friend said it was very far away: that’s if it was a real cuckoo, of course, and not someone pretending to be one. I am not a bad cuckoo mimic myself (a really useful skill to have, I’m sure you’ll agree) and can get them to fly overhead in search of the intruder on their territory. I’m an even better owl mimic and have almost caused one to have a nervous breakdown in its attempt to seek out the interloper. But that story is for another day.

The Statistics Freak has been recording the date of the cuckoo’s arrival since 2000. When I say the cuckoo’s arrival, I mean the first day we heard it. If the weather is bad, there is a chance we won’t hear its first proclamation if we don’t go outside. The cuckoo is a bird of very regular habits. We can normally count on its arrival on 29th March +/- 3 days, although this varies.

Here are the arrival dates for the previous 5 years:

The French have several dictons (sayings) associated with the cuckoo. For example:

There is another one, which I read several years ago but am now unable to find and goes something like:

As well as the cuckoo, the signs of spring are appearing everywhere. The trees are starting to get that fuzzy look that presages the first leaves. The grass is studded with cowslips and violets. The birds are chasing each other frenetically and starting to look for nesting sites. The rosemary is flowering and the blossom is already well-advanced in places.

I took the following shot yesterday outside the Sous-Préfecture in Villefranche-de-Rouergue. The building itself is one of those unlovely edifices that local authorities the world over choose for their functional hideousness. However, they had the good sense to disguise this one with a pleasant garden and flowering cherry trees. 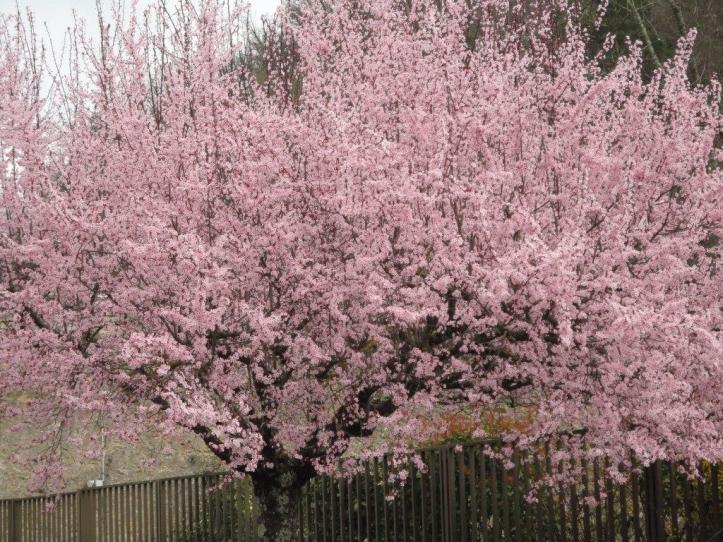 Tomorrow is officially the first day of spring but it’s good to feel that in many ways it has already arrived.