What a Hoot: in Praise of Owls

Yesterday morning, I opened the door to our bolet (local word for a covered veranda). The tell-tale signs were there on the stone-flagged floor. They were back, after a gap of several years. We would have to act fast.

What are ‘they’? Owls, of course. They have a penchant for perching on the roof-beams of the bolet in the evening and relieving themselves all over the stone floor. Once the white guano has hardened it’s incredibly difficult to remove. When they were last here, I had to resort to bleach and a wire brush to get rid of it.

The SF then rigged up a network of thin wooden battens above the beams. They weren’t much to look at but they prevented the owls from landing on them. They had plenty of other places to go, anyway: a barn, a lean-to and a ruined house to name but a few.

The upper floor of our barn, which we have not yet cleared out, is covered in old owl pellets. Owls swallow their prey whole but regurgitate the skin and bones in a neat pellet. Once, we heard a strange coughing issuing from the barn. Having discounted an asthmatic intruder, we concluded that it was an owl in the process of ejecting a pellet.

This year, having seen no evidence of owls for some time, we removed the wooden battens from the beams in the spring. But we have heard owls several times recently in the night, so it was only a matter of time before they came back to their favourite convenience. Out came the battens again, which are now tacked up incongruously above the ancient beams.

I have always loved owls and find their hooting and screeching terribly evocative. On a cold winter’s night, curled up in bed, I enjoy hearing them while they circle the house, using it as a beacon. Sometimes in the summer dusk we catch sight of them in ghostly, silent flight around the fruit trees. Often, returning late at night we pick them up in the car headlights as they swoop across the road.

We have noted several types of owl here. According to my bird books, they are:

Our best sighting was when we saw two young moyens ducs sitting back to back up in a tree. Although they had fledged, the parents were still feeding them. They looked a bit like untidy teenagers, with feathers sticking up everywhere. They regularly uttered short, sharp cries so that the parents could locate them. The one facing us saw us and fell silent. Its sibling, unaware it was being watched, continued to signal its presence.

Unfortunately, we also found a dead adult moyen duc one day. For several hours, we had watched a piece of plastic fluttering about on the fence over the field. When it stopped we decided to investigate. Alas, it was not plastic but an owl that had caught its foot in a split bramble stem while taking off. It had taken some time to die upside down. If only we had investigated sooner we might have saved it. We would have had to wear protective clothing, though: they are formidable creatures.

On a lighter note, I have a talent for mimicking a tawny owl hooting. Not the most useful attribute, I know, but quite entertaining. Several times, I have been able to entice an owl a kilometre or so away to come and investigate. One even came and sat in the tree above our heads but then obviously smelt a rat and flew off. Another time, one flew about the garden for an hour trying to find the interloper, hooting frenziedly. A friend has an instrument that makes a hooting noise and narrowly escaped attack by a tawny owl in his garden one evening: a lesson that we shouldn’t interfere with nature.

We have good years and bad years for owls. This no doubt depends on the amount of food, i.e. small rodents, available. A friend installed an owl nesting box in her barn, equipped with an infrared video camera. Thus she was able to record the life of a barn owl family. That year, the owl had a large brood and fed them literally thousands of mice. The following year, she returned but laid fewer eggs and had difficulty nourishing her brood.

It’s a long time since we had a good owl year. I’m hoping that this might turn out to be one, even if we have to protect our bolet floor by unsightly means. 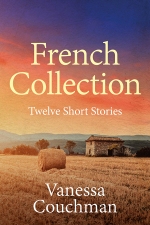