Hamlet in the commune of Penne

This week our walking group chose a route that the SF and I hadn’t done before, close to the village of Penne in the Tarn Département. Since we didn’t go into the village, I’m afraid that nearly all my photos are distance shots, which my camera doesn’t cope with very well. (Note to self: buy a better one). However, they serve to give you an impression of the rolling green countryside. 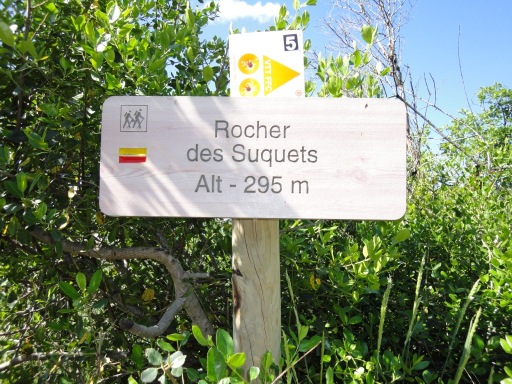 We took a steep path upwards to le Panorama des Suquets, from which there is a magnificent view of Penne and the surrounding countryside. Penne is one of a string of villages set on rocky pinnacles overlooking the River Aveyron. Commanding the countryside for miles around, they were perfect defensive spots. The name Penne itself has a variety of possible origins – Latin, Celtic or Occitan – all of which are associated with its position on a spiny outcrop.

The village straggles down a hill from its ruined château, which is at the right of the picture below. According to tradition, Frédégonde, queen of the Francs, had the château built around 560 AD. During the 13th century, it became an important site of Cathar resistance. In the 14th century, the English occupied it for 30 years during the Hundred Years War. The Protestants destroyed it during the Wars of Religion in 1586. Under Henry IV, stones from the ruins were used to rebuild the village.

Penne with château on right

Today, there isn’t much left of the château. It stretches like a twisted fist pointing two rocky fingers upwards. Now in private hands, the owners are renovating it. The village itself consists of one long main street with smaller ruelles leading off it and has some well-restored examples of Medieval and Renaissance architecture.

The commune of Penne stretches over a large area much of which is wooded and hilly. This made it an excellent base for various Resistance groups during World War II, including the Maquis d’Ornano, about which I wrote a while ago.

Penne sits on the edge of the forêt de Grésigne, one of the largest in the region. Mainly oak forest, it apparently provided timber for the royal navy during the time of Colbert. It’s a beautiful place to walk and crammed full of wildlife, including magnificent stags, with which you have to be careful not to collide at night.

From the 15th to the 19th centuries, the forest was the site of a number of verrières (glass factories). The glass had a distinctive blue-green colour, whose manufacture was a well-kept secret. The forest was also home to charcoal burners but they had mostly disappeared by the time of World War I.

I always feel a twinge of nostalgia when I visit this area. A friend who, sadly, died five years ago owned a delightful, small château with Templar origins up in the hills above Penne. The view from her terrace was breath-taking.

We often walked with her and her extremely badly-behaved dogs in the forêt de Grésigne. The dogs would wallow in the muddiest ponds they could find and then run off in pursuit of wildlife. It didn’t worry our friend too much. As we sipped apéritifs overlooking the view, the dogs would return, tired and filthy, and then shake all over us before finding more mischief to get up to. 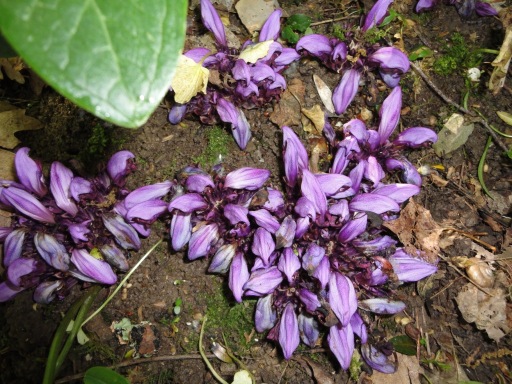