Pigeonniers, or dovecots, mark the landscape here in SW France. Our walk this week took us past several fine examples and whetted my appetite to find out more about them and their history.

You see pigeonniers everywhere in our region. Sometimes they are isolated in the middle of a field, sometimes next to a house, sometimes integrated into the building itself. The range of different architectural styles is broad: round towers, square towers, perched on stone columns, with arches underneath or with a pied de mulet roof (dog-leg we’d call it in English). Around here they are constructed of stone; on the plain around Toulouse and Montauban they are of brick.

Keeping pigeons for their flesh and their nutrient-rich guano goes back to ancient times. The Romans appear to have introduced the practice to France and the Crusades assisted its spread. Before the early 14th century, any landowner had the right to construct a pigeonnier. They were also known as colombiers (from the Roman columbarium), although that name later came to designate a dovecot in the form of a tower, separate from a main building. The inside of the pigeonnier was filled with boulins, or nesting boxes, each large enough for two adult pigeons. A few pigeonniers were large enough to house several thousand pigeons.

In northern France, a series of edicts restricted the right to construct pigeonniers largely to the nobility and clergy. A complicated hierarchy determined who was allowed which type of pigeonnier, where they could build them and how many they could have. In southern France, which was effectively independent from the French crown until the late 13th century, the rules were less restrictive. You could have one as long as you owned enough land surrounding the pigeonnier to conform to regulations and didn’t exceed a certain number of boulins. 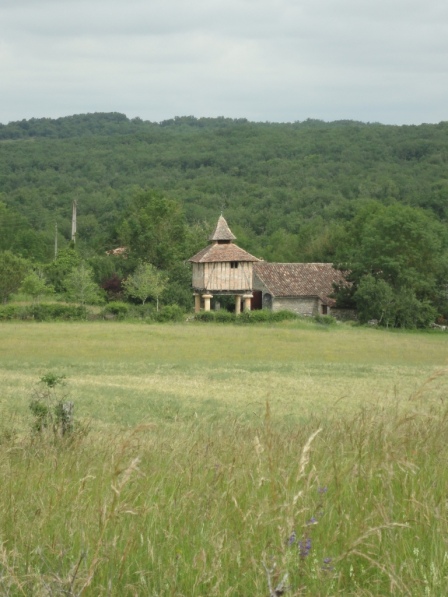 The rules were often abused and pigeons were a terrible nuisance around sowing time. They descended on the surrounding fields in voracious flocks and gobbled up the seed. In the run-up to the French Revolution, the cahiers de doléances (catalogues of complaints from the provinces) frequently requested the abolition of the right to have pigeonniers.

On 4th August 1789, l’Assemblée nationale abolished all feudal rights, including those relating to pigeonniers. It allowed everyone to have one if they wanted. But the pigeons had to be kept and fed inside it at certain times of year to avoid them damaging the crops. Although this was in itself a nuisance, the abolition of feudal rights still led to a spate of pigeonnier building in certain regions. 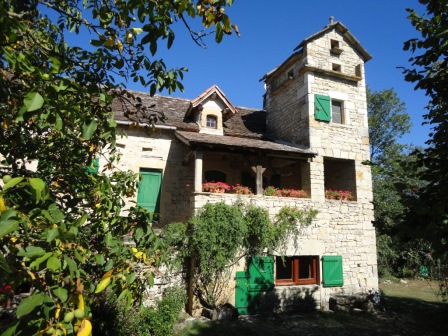 Our house, which was probably built in the early 18th century (although it might be older) has an integral pigeonnier. For various reasons, I am convinced that it was a later addition. Perhaps it dates from the Revolution? An attack of folies de grandeur on the part of a prosperous farmer? Nonetheless, it wasn’t very well built and had fallen down by the mid-1960s. Half of the present structure was rebuilt in the 1970s and shored up with reinforced concrete.

There are a couple of good websites about pigeonniers (in French only). This one has excellent photos of different types of pigeonnier to be seen in the Midi-Pyrénées region. This one describes their history and architecture in more detail.

Copyright © 2012 A writer’s lot in France, all rights reserved

We moved to an 18th-century farmhouse in SW France in 1997. I'm fascinated by French history, rural traditions and customs. I also write historical novels and short stories.
View all posts by nessafrance →
This entry was posted in History, Places and tagged colombiers, dovecots, feudal rights, French Revolution, pigeonniers, SW France. Bookmark the permalink.