The Bishop Comes to Town 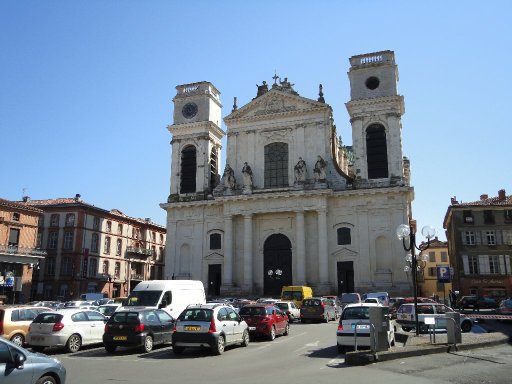 I don’t recall ever having met a bishop before. But such are the exalted circles in which I move these days that I recently had not one but two occasions to meet Mgr Bernard Ginoux, Bishop of Montauban (there’s his cathedral above). He was paying an extended visit to the farther-flung part of his diocese as part of his pastoral duties.

A distinguished audience for Parisot Choir

The first occasion was when he dropped in to hear le choeur de Parisot’s rehearsal last week. We have to have the permission of the diocesan authorities to sing in local churches. So, naturally, we were anxious that he should form a favourable opinion of our programme as well as our singing. We always sing a bit better in front of an audience and we played it up quite well to Mgr Ginoux, I thought.

He was complimentary about our singing. Well, he couldn’t be anything else, really. However, he did say he would come to one of our concerts. He was even heard to invite us to sing in Montauban, but it remains to be seen whether anything comes of that. We’ll soon be calling ourselves le choeur international de Parisot if we get as far as Montauban.

While I’m on the subject, we have two concerts scheduled in April (and two in June, but I’ll mention those nearer the time):

Episcopal inspection of the church at Teysseroles 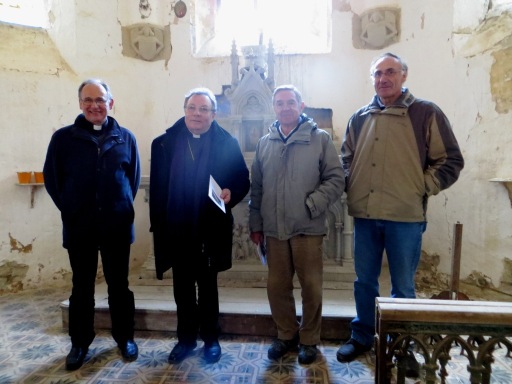 Our next opportunity to meet Mgr Ginoux came on Tuesday afternoon. A group of us who are active in the association restoring the church at Teysseroles braved the biting cold winds that preceded Wednesday’s snow. We showed the bishop around the site and inside the dilapidated church itself, which if anything was even colder than the cemetery. (For other posts about the restoration at Teysseroles, click on ‘Teysseroles chapel’ under Topics in the sidebar). 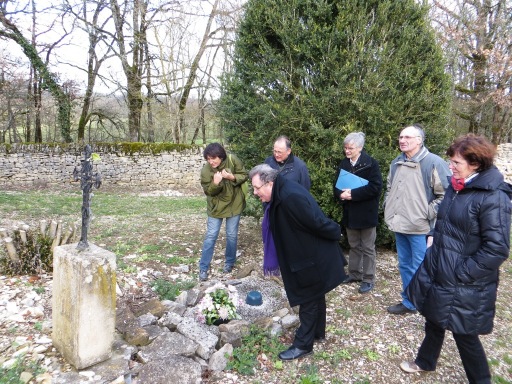 He stayed for about half an hour, looked at everything, listened to our tales of battles with EDF and Bâtiments de France and related some of his own experiences of restoring ecclesiastical heritage. The episcopal residence at Montauban is built in the local red brick but the Bâtiments de France architect advised him to have it rendered and painted white. So they don’t always get it right. 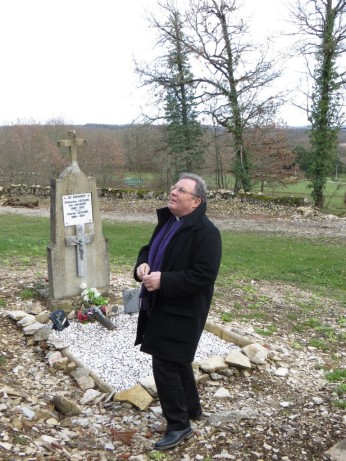 Off he went to his next port of call. But he did promise to come to the inauguration at Teysseroles once all the work is finished. That might take some time.

On the subject of Teysseroles, we have recently received authorisation to remove the crumbling plaster from the walls inside the church prior to the works starting in earnest. So we have set a day in early April – punctuated by lunch, naturally – to get going on it. This is no mean undertaking. The walls inside are 6 metres high, so it will involve scaffolding, hard hats, lots of dust and a great deal of hard work. But there’ll also be plenty of goodwill and fun. And we will feel we are really starting to achieve something.

6 Responses to The Bishop Comes to Town