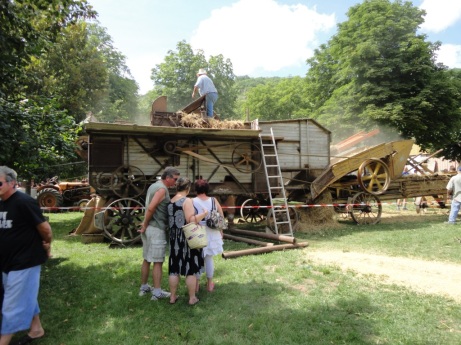 ‘Of course, Occitan was my first language,’ our friend Georgette said. I was sitting next to her at an association lunch today. She has never talked much about her childhood but, once I had started questioning her (no one is spared my journalistic instincts), a story emerged that could have come straight out of a French country novel.

‘When did you learn French?’ I asked.

‘Oh, when I was six years old. We had to speak it at school and Occitan was regarded as the language of paysans and therefore inferior. When my mother and I went to V [nearest village of any size] she had to speak French to the shopkeepers. To me, V was la grande ville.’

Georgette was born in 1937. She was one of the very last to experience a way of life that would change significantly after World War II. When Georgette was a girl, the rural exodus had already begun and mechanisation was starting to replace manual work on the farms. But electrification had come in fits and starts and mains water was still a future luxury in many villages. Tractors were also a thing of the future. 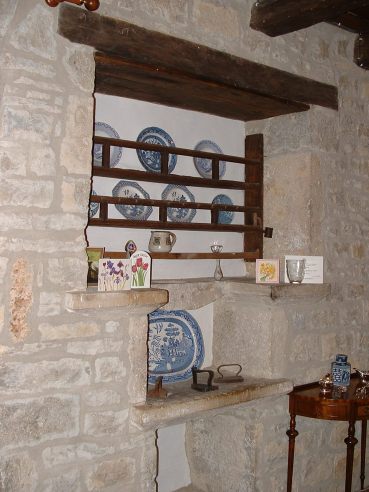 Georgette’s family farmed on an arid plateau and she was the youngest child. She walked several kilometres every day to the school at the bottom of the hill – and back at the end of the day. Separate schools for boys and girl existed then in the hamlet.

‘We didn’t get much instruction. I remember a textbook that gave a model answer followed by exercises in arithmetic; how to calculate percentages, for example. The teacher would knit while we did them and then told us if we had them right or not.’

At the age of 11, Georgette took her certificat d’études and, since she was obviously a bright child, her teacher wanted her to continue her studies at the nearest collège, some 10 kilometres away.

‘My parents didn’t want me to. They wanted me to stay at home and help around the house and with the farm. For them, it was enough that I could read and write.’

‘What changed their minds?’

‘They had received the official papers in May, which they were supposed to sign, applying for my place at collège. But they still hadn’t signed them by the time we were doing the harvest in July. La directrice de l’école walked all the way up from G in the heat – nobody had cars at that time. I remember the batteuse (threshing machine) was going full blast. She persuaded my parents to sign the papers and so I went to collège. But the delay meant I was a year behind and had to catch up. I spent only three years there instead of the usual four.’

This story echoes vividly Claude Michelet’s novel Des Grives aux Loups. The schoolmaster tries to persuade the main character’s uncompromising father to agree to his continuing his studies after the certificat d’études. The father refuses, wanting his son to follow in his footsteps on the farm. The boy resents it ever afterwards.

Fortunately, Georgette continued her studies and later became a teacher. But she effectively left home at 12, since she had to board. It was too far to come home every day.

Georgette also told us about some of the harvest fêtes and suppers. One local character was known for dancing on the table and then removing his trousers and displaying his tackle. They don’t do that at the Teysseroles fête.

At the end of the lunch we sang the Occitan hymn. Now enjoying a renaissance, Occitan today is far from the frowned-upon patois of Georgette’s childhood.

9 Responses to A French Country Upbringing