We take street signs for granted. They’re useful when we need to find an address. Apart from that, we don’t give them much thought. This may appear to be an abstruse subject but delve into the history a bit and they’ll tell you something about a place.

I went around our village on the only nice afternoon this week (Thursday) and snapped a few street signs that I had never really noticed before. When I parked in the market square for 30 seconds, hopped out and took shots of the signs and then drove off, people sitting at the café must have thought I was barmy.

The standard French street sign is a rather nice blue background with a white border and plain white lettering: easy to see against the local stone. Variations exist, though, as you’ll see below. This style was introduced in 1844 – at least in Paris. I haven’t been able to verify the date for other places.

It appears that the naming of streets began only in the medieval period. Names were lengthy geographical descriptions such as ‘the street that goes down to the river’ or ‘the lane that leads to the tanneries’. And street signs as we know them today didn’t exist. The signs mounted on street corners appeared only in the 18th century. So when you see a town trying to distinguish itself by putting up signs with faux-medieval lettering and coats of arms, you can be sure they didn’t look like that in the 13th century. 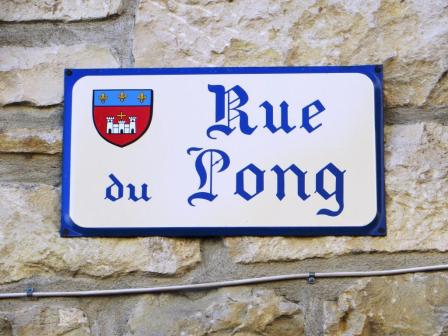 As time went on the names got shorter and often commemorated historical events. Following the French Revolution, names including république were popular. In fact, it’s probably one of the most common names for French streets and squares today.

Autocratic leaders like Napoleon then got in on the act and saw street signs as a means of self-advertisement. So, for example, you get Place d’Austerlitz and Place d’Iéna in Paris, named after his famous victories. The historical theme continued and today you see many streets named ‘rue/avenue du 8 mai 1945’, the date when World War II ended in Europe (see the street sign from our village at the top of this post).

They don’t always stay the same, either, depending on who is in fashion. Sometimes older dignitaries have to give way to newer ones: the former Place Gambetta in Cahors was renamed Place François Mitterrand a while ago. And streets named after Maréchal Pétain, the victor of Verdun in World War I, were re-baptised after he headed the Vichy government during World War II. The last to ditch his name was the village of Belmain (Meuse) in April 2013.

I learned recently that when the street name concerns a person it does not normally use ‘de’ (of) after ‘rue’. So it’s ‘rue Jean Jaurès’ not ‘rue de Jean Jaurès’. If it’s an inanimate object or historical event then it becomes, for example, ‘rue de la Gare’ (Station Road).

Which one is it, then?

Sometimes a certain schizophrenia creeps in and you see two different names for the same street or square. The market place in our village is both ‘place de la halle’ and ‘place de la Mairie’. Perhaps they couldn’t decide which of these hallowed buildings should take precedence. 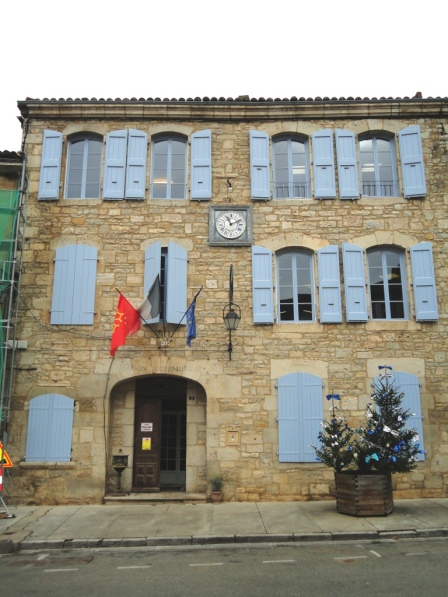 Another street in the village is called ‘avenue Général Delestraint’ (World War II resistance leader and head of the Secret Army). Since this doesn’t trip off the tongue, people just call it ‘la route de Livron’, the next village. 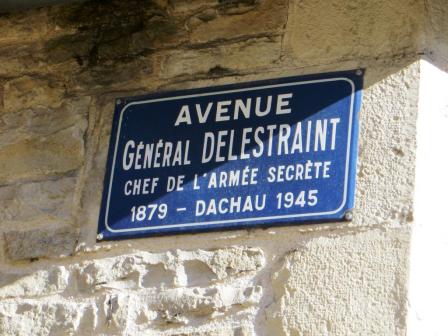 Doesn’t trip off the tongue

Other street names denote saints, geographical landmarks, buildings, industrial activities or places. A street in our village, for example, is called ‘rue de l’abreuvoir’, since it presumably had an animals’ drinking trough or watering place at one time. Other names in the area denote the former existence of tanneries and taweries (mégisseries), where animal hides were treated. So you get a good notion of the former trades in a town from the street names.

Next time you visit a French town, have a look at the street names. They are often witnesses to its history, past or present political leanings and its inhabitants’ preoccupations.

If you know of any odd or unusual street names, please share them.