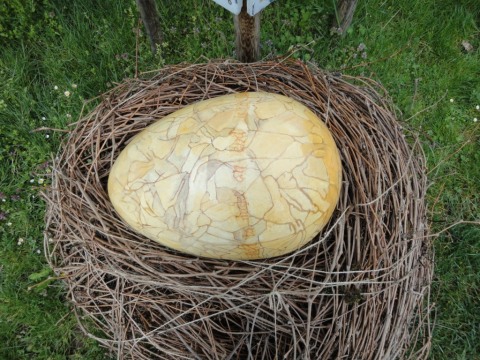 Bonnes Pâques à tout le monde. I had hoped to report the cuckoo’s arrival, but it’s dragging its heels (or whatever cuckoos have) this year. A friend 10 km to the south said it had arrived over a week ago. We heard one yesterday evening in the Lot, north of us. But not a peep here. This is rather late.

The Statistics Freak (aka my husband, aka the SF), who records anything and everything, says the normal arrival date is 29th March +/- three days. The earliest we have heard one is 25th March; the latest is 11th April, so it still has a few days’ grace.

However, we have heard hoopoes already. And the dawn chorus makes up for the lack of cuckoos, gathering in intensity for the past few weeks. Normally, a robin starts, followed by a blackbird, and then the rest join in. I love waking up to that sound.

Now that the clocks have gone forward, the evenings are drawing out. This means it is darker in the morning, but you feel it’s going in the right direction. Nonetheless, Segolène Royal, the environment minister, is setting up a commission to decide if France should unilaterally abandon the change of hour in October and March. Why do they have to fiddle about with things? And why does France have to be different?

Now for the weather. Oh dear, another gloomy month. Everyone is saying that the winter has been long: not cold, but lacking in sunshine.

A quick reminder of our subjective weather assessment: we assign each day a plus if it’s fine, a minus if it’s bad and a zero if it’s indifferent or if we can’t decide. In March, there were:

The chart shows the percentage of plus days each March for the past 17 years (the line is the trend). Only two Marches have been worse than this one and one was the same.

Proportion of pluses in March over 17 years

March is a transitional month, weather-wise. You can get snow, frost, hail and gales, but also clement days with temperatures in the 20s C. Everything suddenly springs into life, including our lawn, which is approaching crisis length – and our tractor mower is in for a service. 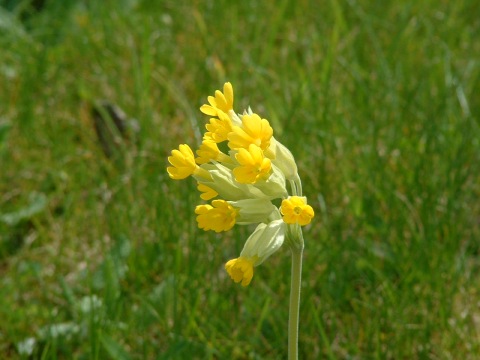 We had 5 frost nights in March, which is not excessive. Looking back, we have had up to 12 frost nights (2005 and 2010). The risk of frost is receding, but I won’t plant out my geraniums until mid-April.

Here’s a dicton (saying) about April:

Quand avril est froid et pluvieux, Les moissons n’en vont que mieux. If April is cold and wet, the harvest will be the better for it.

It’s too early to tell, but we’ve had a mixed bag so far: rain, sun and wind and a bit cool.

Have a lovely Easter.