Time for another château. This time it’s one that has been brought back from oblivion by its current owners and in my view is an absolute gem. Le Château de Mayragues is not in our immediate neighbourhood; in fact, it’s almost an hour’s drive from us near Castelnau-de-Montmiral in the Tarn. But I have a particular fondness for this château, which we have known for some years.

We first discovered le château de Mayragues thanks to friends who took us to a concert there. Every year, the owners, in conjunction with a small organisation called Architecture et Musique, hold a handful of chamber music concerts in the open air (weather permitting). They are delightful events in a magical setting.

Like all the châteaux in this series, this is not a grand edifice like the Loire châteaux; rather, it is a fortified house of a type once common in this region. The locality has been inhabited since prehistoric times, but the château itself was constructed in the 12th century and enlarged in the 17th, when the façade and the interior décor were embellished. 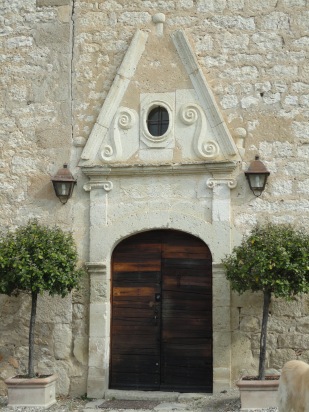 The building itself is not enormous. It’s one room wide but is distinguished by the covered walkway that runs all the way round the top floor. Very few examples of this still exist in the region. Since the château sits on a rocky spur you would have a pretty good 360° view of the surrounding countryside. The château is an historic monument as is the pigeonnier, perched on four stone pillars. 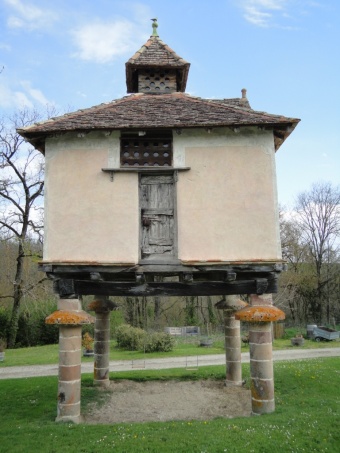 The precise role the château played during its heyday does not seem to have been recorded. The first mention dates to an archive of 1609, when it belonged to the Tonnac family. However, it may well have seen some action during the Albigensian Crusade of the early 13th century, the Hundred Years War of the 14th-15th centuries and the Wars of the Religion of the 16th and early 17th centuries.

No doubt the plague epidemics that commenced in the mid-14th century and continued until the 17th didn’t spare this part of France, since the country as a whole lost an estimated 60% of its population. But these events are now lost in the mists of time.

Alan (Scottish) and Laurence (French) Geddes first saw the building in the late 1970s and it became theirs in 1980. At that time, before the motorways were constructed, this really was la France profonde. The journey from Paris took about 18 hours.

The place was virtually in ruins. I went to interview them a few years ago for one of my magazine articles and Alan showed me a photo of the building not long after they bought it, with no roof and looking very sorry for itself. They spent 30 years restoring it, bit by bit. You can see photos of it before and during the restoration project here. This really was a labour of love.

The property, in the Gaillac wine area, also included a vineyard, which the Geddes replanted and they make wine according to organic principles.

Unlike so many historic buildings, this one was granted a new lease of life. It could so easily have tumbled into a heap of stones and timbers. Looking at those pictures, I can see that it almost did. 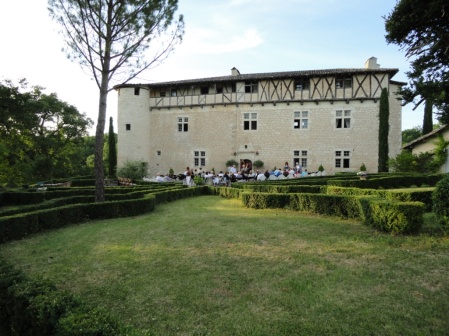