A Village on the Causse – Varaire

Last week our walking group started from Varaire, a small village on the Causse de Limogne in the Lot. Like many of these villages, it’s picturesque, but blink and you’d miss it when driving through. In common with other places, though, there’s more to it when you start to dig around. 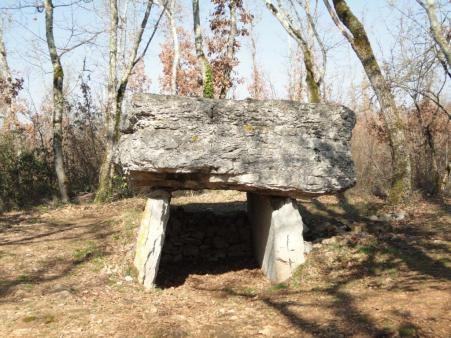 Evidence of human habitation since prehistoric times abounds nearby on the causse, which is peppered with dolmens and standing stones. Varaire itself has probably existed since at least Roman times. One source says that it is named after “Varatia Villa”, a villa belonging to someone called Varatius. Another source says the village was called Varadeto and was established on the ancient Roman road, known as the “Cami Gasco”, which bounds the commune on one side.

Whatever the origins of its name, Varaire stood at an important crossroads between the main trade route linking Caylus and Cahors and one of the Saint-Jacques de Compostelle pilgrimage routes. To the east is Limogne, which today has a rather good Sunday market; to the west lies Bach, which has a rather good restaurant, Lou Bourdie.

Varaire was once a rather more bustling place than it is nowadays. In the 13th century, un hôpital existed to lodge the pilgrims: the word was used then in the sense of hostel, not a place for treating the sick. By the 16th century, pilgrimage and other traffic was significant enough to support two inns. 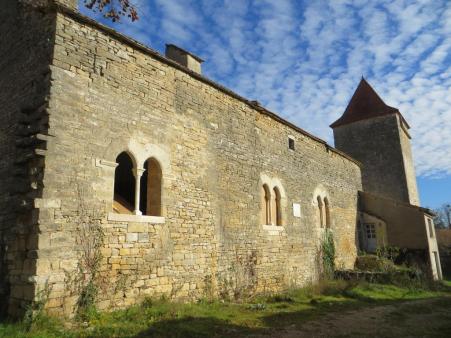 Vestiges of the 13th-century château and tower at Varaire

Varaire was also the seat of the Cardaillac family, which contributed several bishops of Cahors. The vestiges of their 13th-century château can be seen in the village: a defensive tower and the remains of the main castle building. Much of the village was destroyed during the Hundred Years War but was later restored. 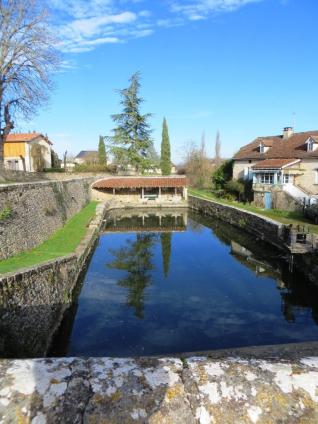 The village boasts a splendid lavoir (communal washing place), with one of the biggest ponds I have seen. This also dates from the Middle Ages but has clearly been restored. The plaque on the wall says the pond has a mound in the centre on which carts were able to park while barrels of water were filled. Since there are few streams or springs on the causse, these lavoirs were the only washing places and became key gathering points for the village women. 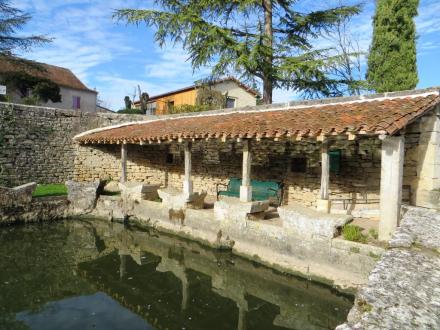 Our walking route led along tracks edged with ancient stone walls. The remnants of former houses and farm buildings, reduced to rubble in many cases, testify to the much bigger population in times past. Rural depopulation and World War I took their toll, as in so many places. In its heyday in the 1850s, Varaire had a population of 1,066. This declined to a low point of 236 in 1975, but is now just over 300.

During the 19th century, the area was found to have extensive reserves of phosphates, used to make fertilisers. The frenzy to exploit these minerals was akin to the U.S. Gold Rush and mine workings were excavated everywhere. Varaire and Bach were important centres of this industry. But the reserves were soon exhausted, or not worth mining, and little exists today to show for it. However, you can visit what’s left of one of the mines, les Phosphatières du Cloup d’Aural, just outside Varaire, which is now a nature park. 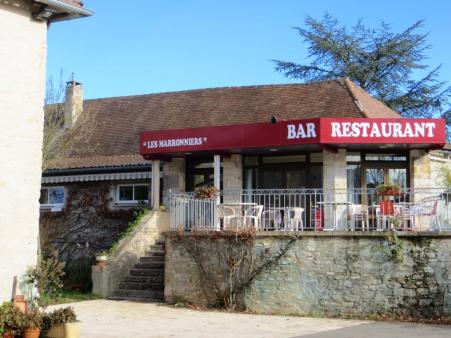 Varaire still has a restaurant, Les Marronniers, which we discovered not long after we moved here. It serves good value regional cuisine in a pleasant ambience. We went once with friends and asked the then waitress – a hefty woman of a certain age – what we would get for lunch.

“Well,” she replied, “There’s soup, and then a starter, followed by some meat, cheese and dessert.” A mystery menu, then. However, I can report that it was good and included truffles inserted under the skin of the guinea fowl. This is truffle country, after all.

Finally, I discovered that “Varaire” is also the Occitan name for the poisonous hellebore plant, but I’m sure this has nothing to do with the village.

39 Responses to A Village on the Causse – Varaire