Where Have All the Small Birds Gone? 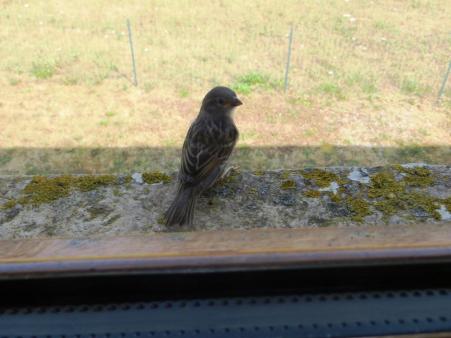 Yesterday, we stopped by our retired farmer neighbour’s place for a chat. We remarked that it would be only a matter of weeks before the cuckoo, the first of the migratory birds, arrives. We love hearing that piping sound, which is a harbinger of spring even if the weather is still dire. But we all observed that there appear to be fewer seasonal birds in recent years.

When we saw our house for the first time in April 1997, the sound of birdsong was incredible. As we got out of the car, a cuckoo was calling insistently in the woods close by. Our first spring the following year was marked by a riot of trilling and piping, among which the sliding song of nightingales and the call of cuckoos stood out. Having come from urban England, this was a revelation.

Over the years, though, the numbers of swallows, nightingales and cuckoos has fallen noticeably. It’s difficult to say if the indigenous birds have declined in the same way in our area and I can’t find statistics about this. The numbers of blackbirds, sparrows, blue tits, great tits, woodpeckers, etc. seem to be just as great, judging by the noise of the dawn chorus.

But we have noticed that fewer small birds seem to nest in the walls of our house than previously. It has always been a delight to us that our house is not only a residence for humans but also an apartment block for birds. We have even christened one nesting hole the des. res., since it has its own balcony.

The sparrows’ ‘Des Res’ with its own balcony

Generally, the decline in the bird population is presumed to be due to factors such as the use of pesticides and the reduction of natural habitats like hedgerows and woodland. Around here, however, it’s mostly pasture with a small amount of arable land and, if anything, the woodland has increased. So it’s a mystery, unless there’s a cumulative effect over the years: the amount of arable land here was greater at one time.

Let’s hope the migratory birds return in force this year. Since it’s been a mild winter, the bird population generally should have benefited. Which brings me to the weather for February. I would like to draw a veil over it, but the SF won’t let me.

A reminder of our subjective weather assessment: we assign each day a plus if it’s fine, a minus if it’s bad and a zero if it’s indifferent or we can’t decide. In February, there were:

We were probably being a bit generous. Only one February in 18 years has been worse than this, and the trend is downwards (see the chart below). It wasn’t cold – au contraire – but, mon Dieu, was it wet and grey. We have been known to wear shorts in February; not this year.

Proportion of plus days over 18 years

French friends like to joke that it’s just like English weather, so we ought to be in our element. Actually, where we lived in England, it didn’t rain as much as it does here. The difference is that when it rains here, it does it with a vengeance.

In view of all that rain, we had few frost nights, only eight, so the total for the winter adds up to 26.

Let’s see what rustic wisdom has to say about February and March:

The first part is certainly true this year. But March has started even wetter: to date, we’ve already had 52 mm. At least the evenings are drawing out now, the buds are ready to burst and it’s going in the right direction. Vivement le printemps!

15 Responses to Where Have All the Small Birds Gone?