Getting a (Social) Life in France 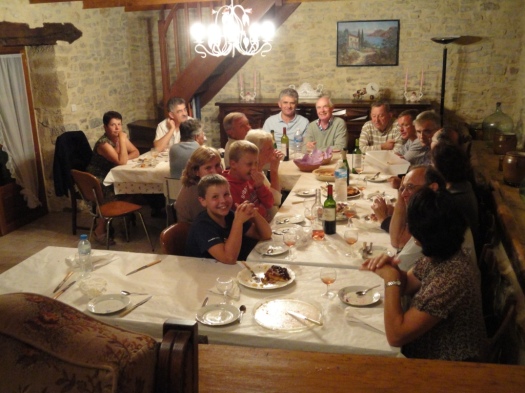 Making friends is difficult when moving to a new country. Twenty years ago, our Brummie removal men asked, “Do you know anyone here?” When we said no, they shook their heads in disbelief. If you move to la France profonde, you’ll find developing a social life is somewhat different from doing it in the UK – the language sometimes being a stumbling block. So here is our experience.

First, what to expect. Some people find it disappointing that the French don’t socialise as much as the Brits. This is certainly the case in rural areas, where farmers don’t have the habit of inviting each other round, let alone foreign newcomers. They are not unfriendly – often quite the opposite – but their culture is different.

In past times, rural folk did socialise more. To carry out collective tasks, such as shelling walnuts, they got together at someone’s house on a winter’s evening and told jokes and stories to pass the time. These veillées have now largely passed into memory, made obsolete by increasing mechanisation and rural depopulation.

French people often socialise en famille. The SF lived in Limoges in the 1970s and his copine’s family held large lunch parties every Sunday. People outside the family circle (which was pretty big anyway) were rarely invited. I once made the mistake of trying to invite French people for lunch on Easter Sunday and was gently reproved with the explanation that this day is “très famille”.

We have noted a pattern to social invitations: French people invite you for apéritifs or a meal; you invite them back; they never invite you again. Our experience is also that French people often invite you back almost immediately after coming to your place. Maybe they don’t want the obligation hanging over them? 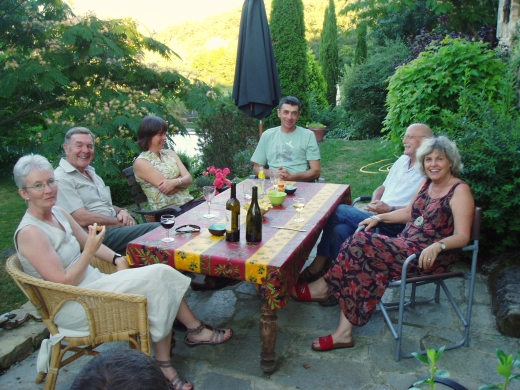 Parties can be a bit of a culture shock, too. First of all, everyone goes around and greets everyone else at the party, whether they know each other or not. I like this custom, but it can take a long time for things to get started as a result. Also, it’s the French habit not to serve apéros until everyone has turned up. On one famous occasion, we waited 1 ½ hours for the final stragglers to arrive before we got a drink. The SF was not amused.

All of the above is, of course, a generalisation, but don’t expect your social life in France to be a carbon copy of the version you had where you lived before. Its very difference is refreshing in some ways, if a bit disconcerting at first.

So what should you do to get a social life? First, it helps to try to speak French, even if it’s pretty stilted at first. Most French people in rural areas don’t speak any English and are grateful if you make an effort to communicate, even if you don’t do it very well.

For us, a key to developing a social life has been to join in with things. Singing in choirs, joining local associations, helping out at the library, getting involved in the local literary festival and joining yoga classes and walking groups have all brought us into contact with French people. In that way, you feel part of a group and a contributor to local life, not just an observer. 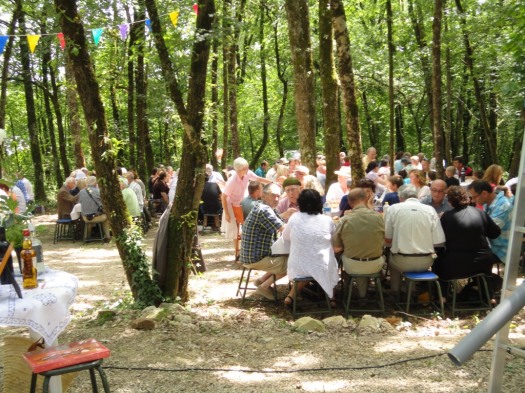 Also, the French are good at celebrating things, whether it’s a full-blown fête or le verre d’amitié after a meeting of an association. Our working days at Teysseroles, the chapel we are helping to restore, are often punctuated by lunch. Everyone downs tools for an hour or so, tables are laid, barbecues magicked out of stones and sticks, and food and wine consumed. We are on “tu” terms with everyone in the group, most of whom we wouldn’t know at all if we hadn’t taken an active role in the association. 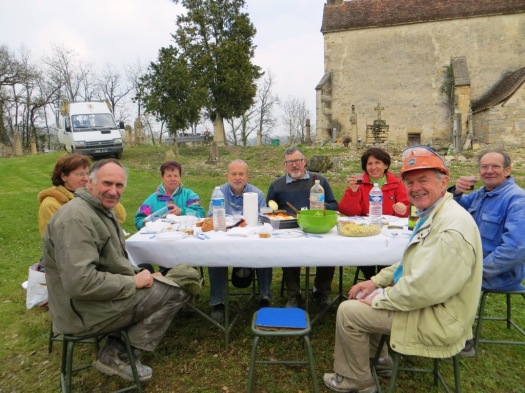 The Teysseroles team enjoys an alfresco lunch on a chilly day

Repas de quartier (neighbourhood meals) seem to be a growing phenomenon. Some neighbours organised one for the first time last year and it looks set to become an annual event. Again, everyone contributes something to the food and drink and it’s a way of getting to know people with whom you are on nodding terms but whose houses you may never enter.

So it’s no good expecting life in rural France to be a giddy social whirl. Even so, we are often surprised at just how busy we are.

How to Queue in France
A French Country Upbringing
French Customs: Apéritifs

9 Responses to Getting a (Social) Life in France