Whitsun Walk on the Wild Side

Pentecôte (Whitsun) is the time for our village’s annual fête. It’s become a tradition for Caylus Notre Village (CNV), an association that promotes and protects local monuments, to organise a series of guided walks around the commune as part of the festivities. We duly turned up at the former lavoir (wash house), one of CNV’s projects, and put our best foot forward. Three walks were billed: 18 km, 12 km and 6 km. The SF and I opted for the middle one, feeling that the longest one would be a bridge too far.

We set off at a cracking pace, barely flagging for the steep hill out of the village. Fortunately, we stopped halfway up to look at an Asiatic hornet’s nest high up in a tree. I couldn’t get a good shot, but it was pretty big. These insects are becoming a pest. A sting from one is potentially fatal.  And they are particularly fond of killing honey bees – by decapitating them.

Moving swiftly on, we arrived with some relief on the causse (plateau) above the village, where the terrain is mainly flat. The weather was perfect for walking: sunny, but not too hot, with a light breeze. It’s pretty dry up there, but everywhere is very green this year, owing to the copious winter (and early spring) rainfall. The flowers are resplendent this year. 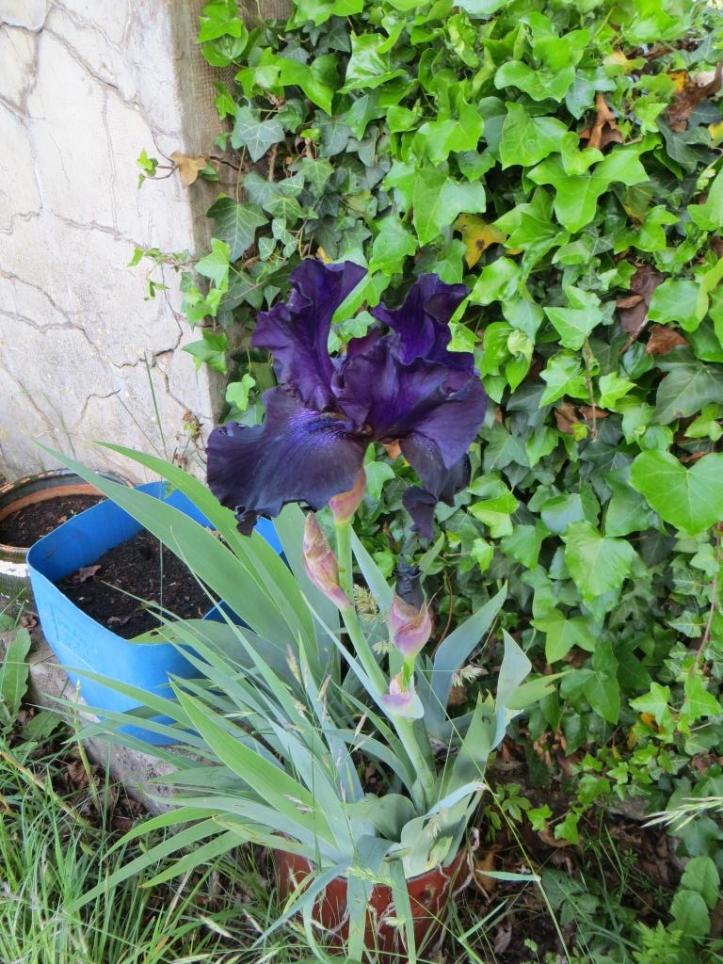 The next curiosity was this plastic contraption sported by a calf. I have never seen this before. Moïse, who led the walk, explained that this was to prevent him from suckling the cows. The spiky bits stick into the cows’ udders and they move away to escape. Hmm.

The footpaths on the causse follow ancient roads bordered by walls constructed with the local stone that farmers turned up in their fields. Many of those fields have long since reverted to woodland, since the population has declined considerably since the late 19th century.

One of the advantages of this type of walk is that you get to see tiny hamlets and other places of interest, which going around in the car never reveals. Caylus extends over a wide area and has a large number of little settlements. Despite the population decline, many of them are being restored to their former glory.

Another local association, APICQ, has restored this old windmill, le Moulin de Genebrières, set on one of the higher parts of the causse, which is now within the military camp’s territory. In fact, while I was snapping it, I realised that an army lorry was parked close to it and several militaires were in sight. It’s probably an offence to take photos of them, so I hopped it before I could be clapped in irons.

Close by, another APICQ project is a lavoir and a citerne. This was clearly a part of the causse with underground springs, since we saw a series of wells, constructed more than a century ago. Access to sufficient water was always an issue on the arid plateau.

Proximity to water was probably the original reason for the establishment of the hamlet of Genebrières. The village bread oven has been completely restored, a testament to the fact that these hamlets had to be self-sufficient. No popping out to the shops for a loaf.

This was the furthest point on the walk, after which we turned back towards Caylus along another track. A view of the church spire of Lassalle, visible for miles around accompanied us.

Back in Caylus, a little footsore, since we had actually done closer to 14 km, we stopped to have a look at the vintage car rally in la place de la Halle. They don’t make ‘em like this any more. 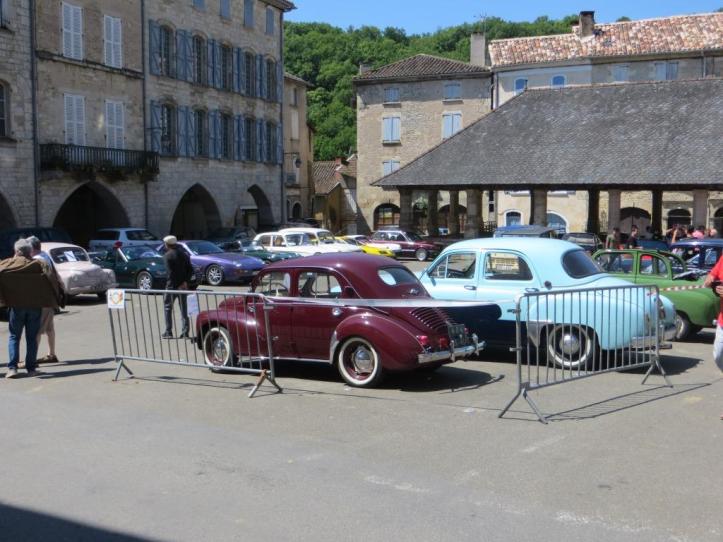 Restoration of the Lavoir in Caylus
Lovely Lavoirs
Celebrating the Past at our Village Fête
Our Village Fête: Yesterday and Today