The Story of Notre-Dame des Grâces

Set at the edge of a grassy plateau overlooking the verdant Bonnette Valley, this little chapel is visible for miles around. It commands a magnificent view of the countryside, with the ancient province of Quercy on one side and the Rouergue on the other. The River Bonnette is the dividing line between them. Not far away is the village of Lacapelle-Livron, the site of an important former Templar commandery. 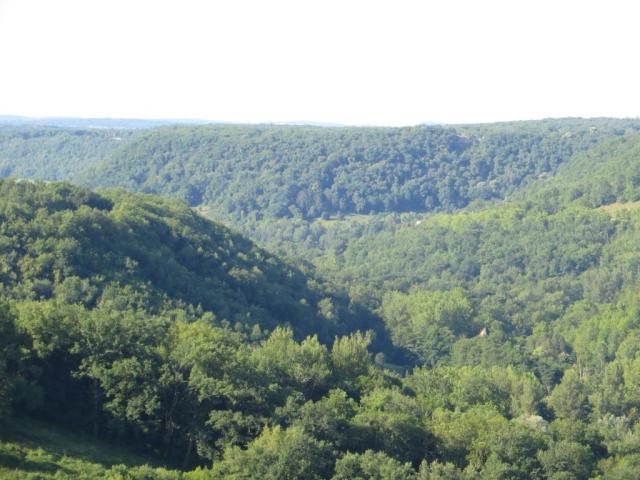 View of the wooded hills of Quercy-Rouergue

If you’ve seen the film ‘Charlotte Gray’, based on the Sebastian Faulkes novel, you might recognise this spot. The film is set during World War II and was shot mainly in Saint-Antonin, not far away, but some action took place around the chapel.

Our walking group started from the chapel this week and descended to walk along the thankfully shady Bonnette Valley before a steep climb back to Lacapelle-Livron. Before we set off, we heard a little about the chapel’s history, and this whetted my appetite to find out more. As is often the case, there’s a story.

Notre-Dame des Grâces, from the Bonnette Valley below

Catherine de Gorsse was the widow of Pierre de Pause, a rich merchant of Lacapelle-Livron, who had recently been ennobled. In 1471, she drew up her will and made provision for a funerary chapel to be built, dedicated to the Virgin.

What is rare about this chapel is its site. It was quite common in the Middle Ages for wealthy notables to build chapels to house the family tomb. These were normally situated near the parish church or in the cemetery. Catherine chose this isolated spot about half a kilometre from the village itself.

People have speculated that this might have been because the Château de Mondésir in the lower village of Saint-Pierre de Livron is clearly visible from the hill. The château belonged to the de Pause family and family members were buried in the chapel for some time. Was she establishing a rather unusual visual link between the living and the dead de Pauses?

It appears that Catherine died not long after drawing up her will. Respecting her wishes, her son, named Pierre de Pause like his father, commissioned two master masons to build the chapel. The contract specified the dimensions of the building and said that it must be constructed of good quality stone. The result is a robust little structure with sturdy buttresses, built to withstand all weathers.

The chapel has been restored at various times over the years. The stained glass windows were made in the 19th century by a master-glassmaker in Toulouse. It also appears that the chapel may have had wall paintings at one time, but these no longer exist. 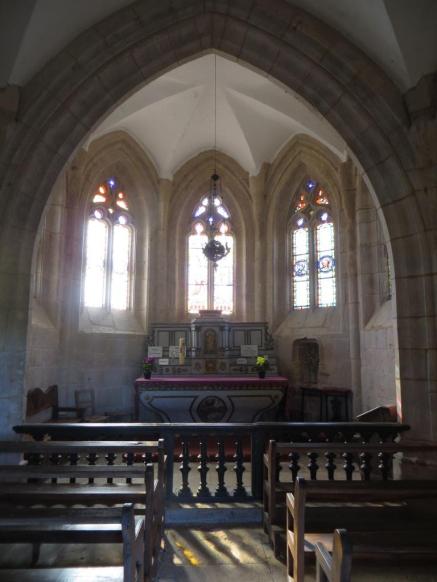 This is a lovely place for a picnic, with the rolling countryside of Quercy-Rouergue spread out before you and little disturbance except the cries of buzzards. Someone has even put two picnic tables there, although there is no shade, so it’s not advisable on a hot day.

And, of course, a visit to the ancient alleyways of nearby Lacapelle-Livron is a must. The commandery is now privately owned, although the church attached to it is usually open, and the village has its original market hall. 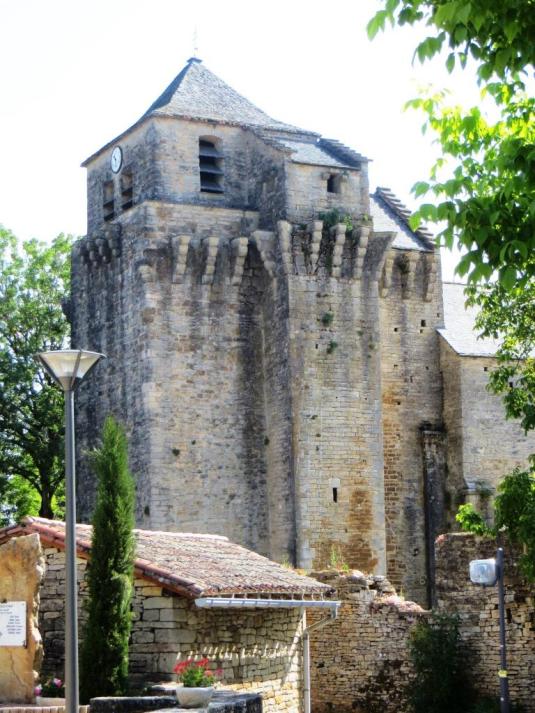 Church next to the commandery. A walkway once went around the top.

Of Knights, Damsels and Dragons
Watery Walk: La Vallée de la Bonnette
Celebrating the Past at our Village Fête

9 Responses to The Story of Notre-Dame des Grâces